Many of our cancer antibodies are used in cutting-edge research to identify new prognostic markers in different cancers. Let's take a look at three recent studies.

Antibody-based biomarker discovery can lead to more accurate diagnosis and a better assessment of patient prognosis, ultimately improving outcomes for cancer patients around the world.

The following three studies have all successfully utilized different Atlas Antibodies products in their research.

Read on to see our antibodies in action!

Some early-stage ovarian cancer patients die unexpectedly and much earlier than expected. It’s therefore important to stratify these patients into risk groups to identify those in need of more aggressive treatment regimens.

This new study is important in validating 17 novel histotype-specific biomarkers for three of the major histotypes of early-stage ovarian cancer: clear cell ovary carcinoma, endometrioid and mucinous ovary carcinomas. These markers have not been connected with the prognosis of these histotypes before.

In this study, 11 polyclonal antibodies from Atlas Antibodies were used.

The Pathology Atlas - a discovery journey in cancer research.

2. The value of desmosomal plaque-related markers to distinguish squamous cell carcinoma and adenocarcinoma of the lung (Galindo et al. 2020)

Lung carcinomas can be difficult to manage and are often challenging to diagnose histologically.

This new study provides an addition to the arsenal of IHC panel biomarkers able to distinguish between aggressive, difficult to diagnose forms of lung cancer by demonstrating PKP1 as a marker of prognostic value. 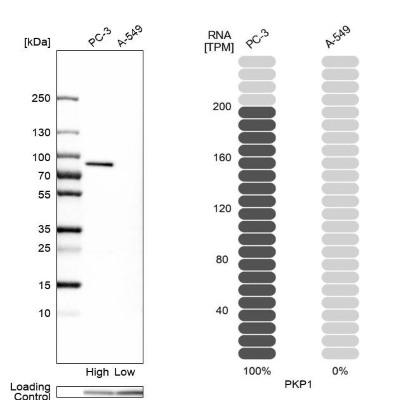 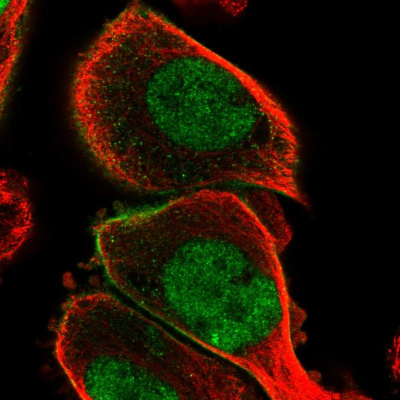 The study authors found that that TFAP2D expression was typically increased in prostate cancer as compared to adjacent non-neoplastic glands and identified TFDA2 as a novel IHC-marker, which together with other markers, could be utilized to obtain a more accurate diagnosis of aggressive prostate cancers. 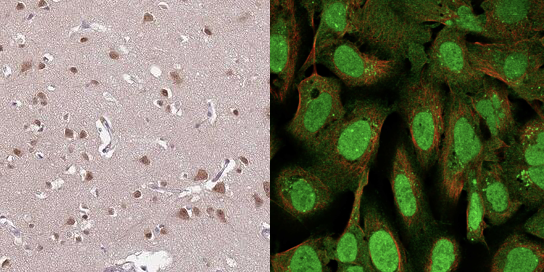 Yasmin Galbraith is the Marketing Communications Specialist at Atlas Antibodies. She holds a BSc in Biomedical Sciences from the University of London and a MSc in Communication from Vrije Universiteit Brussel. Yasmin has supported multiple companies and organization in the fields of medical research, biotechnology and public health in marketing and communications roles.