Interview with a scientist: proteomics, biomarkers and ALS.

Amyotrophic lateral sclerosis (ALS) belongs to a wider group of neurodegenerative disorders known as motor neuron diseases, caused by a gradual degeneration and consequent death of the motor neurons, the nerve cells telling muscles to move.

The motor neurons are responsible for controlling voluntary muscle movements like chewing, walking, breathing, and talking.

The pathogenic mechanisms leading to ALS onset are currently not completely clarified and no validated biomarker can detect ALS, neither for early diagnosis nor for monitoring disease progression. As a result, no effective therapies are available. 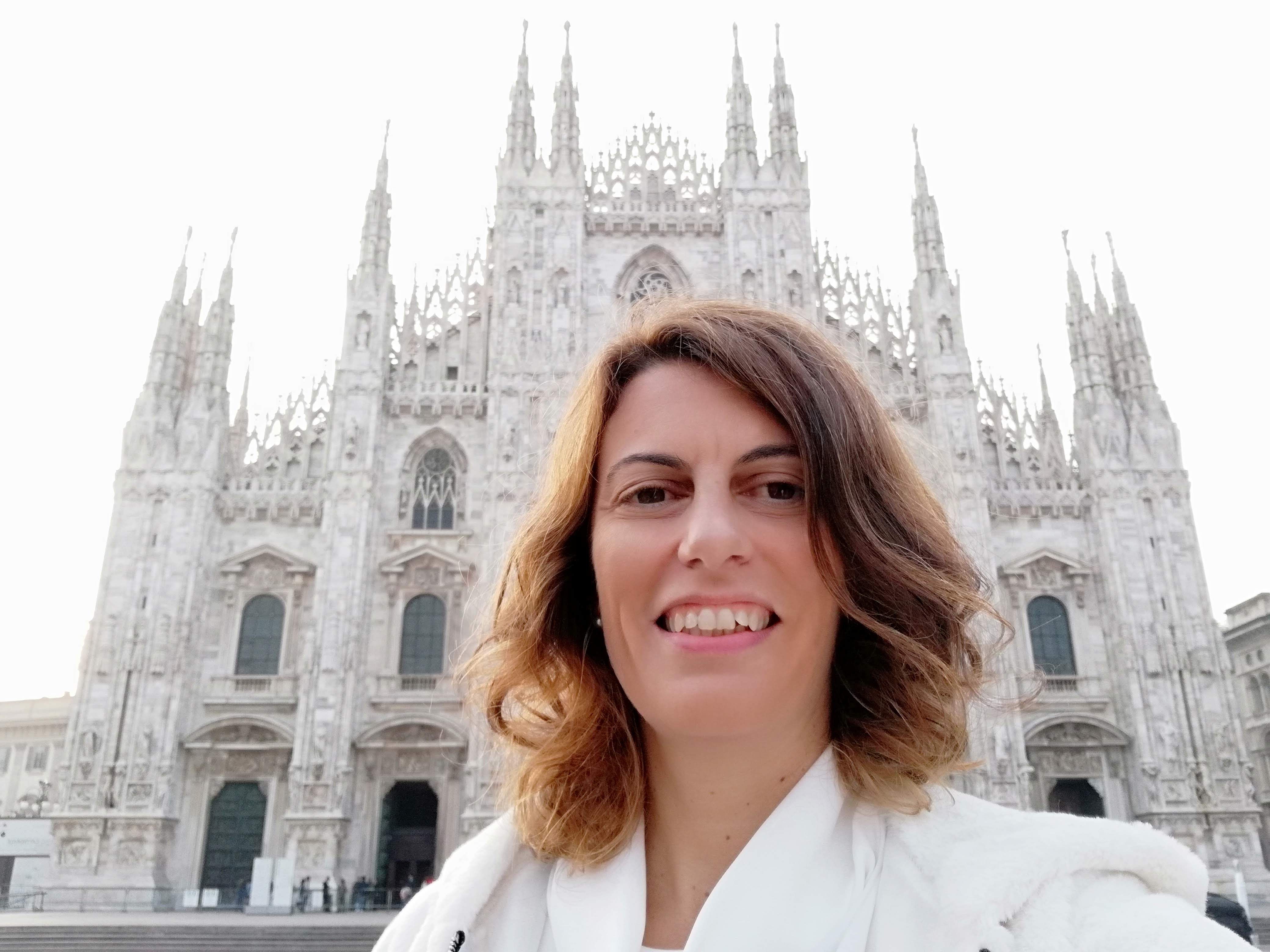 Dr. Valentina Bonetto is the Head of the Laboratory of Translational Biomarkers, Department of Biochemistry and Molecular Pharmacology, at the Istituto di Ricerche Farmacologiche Mario Negri, in Milan, Italy. Her research expands in many countries, through fruitful collaborations and internationally funded research projects.

Valentina's research aims to the identification and validation of biomarkers for ALS and to develop innovative therapeutic approaches to cure it. She is eager to open new frontiers to ALS treatments.

Together with her research fellows, she applies proteomic technologies and assays based on multi-technology platforms to measure the levels of biomarkers in cells, tissues, and biological fluids from ALS patients and animal models. They further investigate the functional effects of the same proteins in cellular and animal models to identify their role in the onset and progression of the disease.

The first time I met Valentina at the Istituto di Ricerche Farmacologiche Mario Negri in Milan, she had just returned from Stockholm, where she studied and defended her Ph.D. in Medical Biochemistry at the Karolinska Institute with a thesis in peptide chemistry, mass spectrometry and bioassays.

Ultimately, with her enthusiasm for the Swedish culture and the vibrant Swedish research environment, she influenced my decision to move here.

Today we meet virtually for a short discussion about her research strategy on ALS and her future plans.

Q1: In one or two sentences, what is the most critical question you want to address?

Valentina: ALS is a multifactorial disease. A combination of genetic and environmental factors seems to be at the basis of the disease. These factors influence its phenotype, which is highly variable, a feature that has contributed substantially to the clinical trials' failure so far.

Another challenging aspect of ALS is the lack of early diagnostic biomarkers that can identify the disease at a stage in which a therapeutic intervention could still be disease-modifying.

Therefore, admittingly, the overly ambitious objectives of my research are:

Q2: What is innovative about your research?

Valentina: ALS research strongly relies on animal models. Most pharmacological studies are carried out in the SOD1 mouse model which is the first developed mouse model for ALS. SOD1 (superoxide dismutase type-1, an antioxidant enzyme) deposits into insoluble aggregates in motor neurons.

Unfortunately, the SOD1 mutation represents only 2–3% of the patients included in clinical trials. Based on other mutated genes such as TDP-43, FUS, and C9ORF72, found in ALS patients, more mouse models are now available and studied.

We now know that animal models' variability and complexity are critical and must be considered by applying more careful and rigorous experimental designs and methodologies.

For this reason, the innovative approach of our research conducted at the Istituto di Ricerche Farmacologiche Mario Negri includes an established mouse platform for preclinical studies on ALS.

Taking into account phenotypic and genotypic variability typical of ALS, the mouse platform allows us to test and cross-validate pharmacological approaches in multiple mouse models. Moreover, we are using experimental designs and procedures that closely mimic those used for patients.

Q3:What is the translational application if any?

Valentina: One of our research's scope is to find translational biomarkers in both ALS patients and animal models. Biomarkers are indicators of disease status or drug response. Identifying valid biomarkers could facilitate clinicians to make accurate therapeutic decisions and research for new efficient therapies.

Sadly, no validated biomarker is currently available for ALS, neither for early diagnosis nor for monitoring disease progression.

For this purpose, we analyze patients' samples, close to disease onset, to investigate whether early biomarkers can predict the disease's pathogenesis and outcome. In parallel, we are studying the same biomarkers in animal models of disease also at a presymptomatic stage.

When a translational biomarker is identified, the next step would be to regulate it through a mouse model's pharmacological approach.

At this point, if successful, we could rapidly transfer the information to the clinic and accelerate the development of innovative therapies for both treatment and biomarker monitoring efficacy in patients.

ALS mouse models' translational value is unclear since examples of successful translation to patients are still lacking. However, this does not imply that we will not be successful in the future.

We are particularly concerned about the translational value of our research. We are working in close collaboration with clinical neurologists, continuously comparing clinical with experimental evidence.

The goal of biomarker research is to discover and validate markers that can be used in clinical research applications such as diagnosis, prognosis and therapeutic monitoring, or therapy development to fully characterize the behavior of candidate drugs. Biomarker discovery, usually performed by proteomics-based mass spectrometry, is done on biofluids, cells, or tissues from patients and animal models and matched controls (Sample collection, Discovery). Biomarkers that are similarly regulated in patients and animal models (Translational Biomarkers) are further verified in a larger cohort of patients and controls by mass spectrometry or immunoassays aiming to identify the most accurate biomarker for clinical applications by ROC analysis or machine learning (Verification). The most promising biomarkers are investigated further in vitro/ex vivo (e.g. molecular modeling, cell biology, histology) and in animal models (e.g. SOD1, TDP-43, C9ORF72, FUS) possibly leading to develop innovative therapeutic approaches that can be tested in clinical trials.

Q4: What is the most challenging part of your research?

Valentina: When you work in the field of biomarker discovery and validation, you need advanced technologies based on either mass spectrometry or immunoassays. Thankfully, these technologies are recently becoming more affordable and relatively easy to use.

The biomarkers discovery pipeline still requires a complex mix of competencies in different subjects such as analytical chemistry, biochemistry, mathematics and statistics, neurobiology, and clinical neurology. It is a challenge fitting all the information into a clear hypothesis and reasonable conclusions.

Moreover, dealing with a rare disease such as ALS, it is challenging to collect samples from several clinically well-characterized patients and identify appropriate controls, healthy subjects, and disease mimics.

For this reason, we have established a vast network of collaborations with different international academic and clinical research centers.

Reading tip: Mapping the human brain - a guide to the Brain Atlas

Q5: Could you share a turning point or defining moment in your research history?

Valentina: I come from a solid background in protein chemistry and mass spectrometry acquired during my Ph.D. at the Department of Medical Biochemistry and Biophysics (MBB) at Karolinska Institutet in Stockholm.

I became interested in ALS as a Principal Investigator running my own lab at the Istituto di Ricerche Farmacologiche Mario Negri in Milan, Italy.

I realized that if I wanted to contribute to finding a cure for this terrible disease, I had to leave my “comfort zone” of analytical chemistry, learn how to apply proteomics to neurobiology effectively, and extend my competence towards functional studies in-vitro and in-vivo.

I still like to define myself as a biochemist, but in reality, the type of experiments that we are running now in the lab are more biological than chemical.

Nonetheless, the first love is difficult to forget. I still feel a bit of “nostalgia” when I think of myself running one of the first prototypes of a benchtop MALDI mass spectrometer at Karolinska Institutet.

Q6: Which technology have you found useful to answer your research questions?

Valentina: Proteomics and mass spectrometry are the basis of our most relevant findings. We apply proteomic technologies and automated platforms for immunological assays.

Biomarker levels are measured in cells, tissues, plasma, cerebrospinal fluid, and extracellular vesicles from patients and animal models. Validation and monitoring of the identified biomarkers are also performed in observational and interventional clinical trials.

Using these technologies, we have identified ALS candidate biomarkers from patients and animal models that we are now validating and investigating further for their role in ALS pathogenesis.

One of our most promising biomarkers is cyclophilin A/peptidyl-prolyl cis-trans isomerase A (PPIA) a protein interactor of TDP-43. TDP-43 forms pathological inclusions in ALS patients' brain and spinal cord and is the major neuropathological hallmark of ALS. Deficient PPIA exacerbates aggregation and disease progression in the mouse model. Therefore, further studies are ongoing to decipher the functional relationship between PPIA and TDP-43.

Q7: What happens next in the process of your research journey?

Valentina: The promising early biomarkers that we have identified, together with others we might soon identify, need to be validated longitudinally in large clinical studies.

We also want to understand the molecular determinants at the basis of the interaction between PPIA and TDP-43 and the impact of this interaction on TDP-43 function.

Toward this aim, we will use a combination of methodological approaches based on molecular biology and mass spectrometry.

If you want to learn more about ALS and biomarkers discovery dive deeper into Valentina’s research results. You can find the links to some of her research articles below.