A neuroendocrine neoplasm (NEN) begins in the cells of the neuroendocrine system. These cells have traits of both hormone-producing endocrine cells and nerve cells. The advent of second-generation NEN markers for use in immunohistochemistry has considerably expanded the pathology toolbox for diagnosing and classifying NENs. Atlas Antibodies has released new monoclonal markers targeting NENs. Read more in our new blog post!

What are neuroendocrine neoplasms?

These cells are found in many organs of our body. Consequently, NENs are heterogeneous and may arise almost in every organ. However, they are predominately found in the gastrointestinal (61%) and bronchopulmonary (25%) systems, followed by the pancreas (8%), reflecting the high density of neuroendocrine cells in these organs. 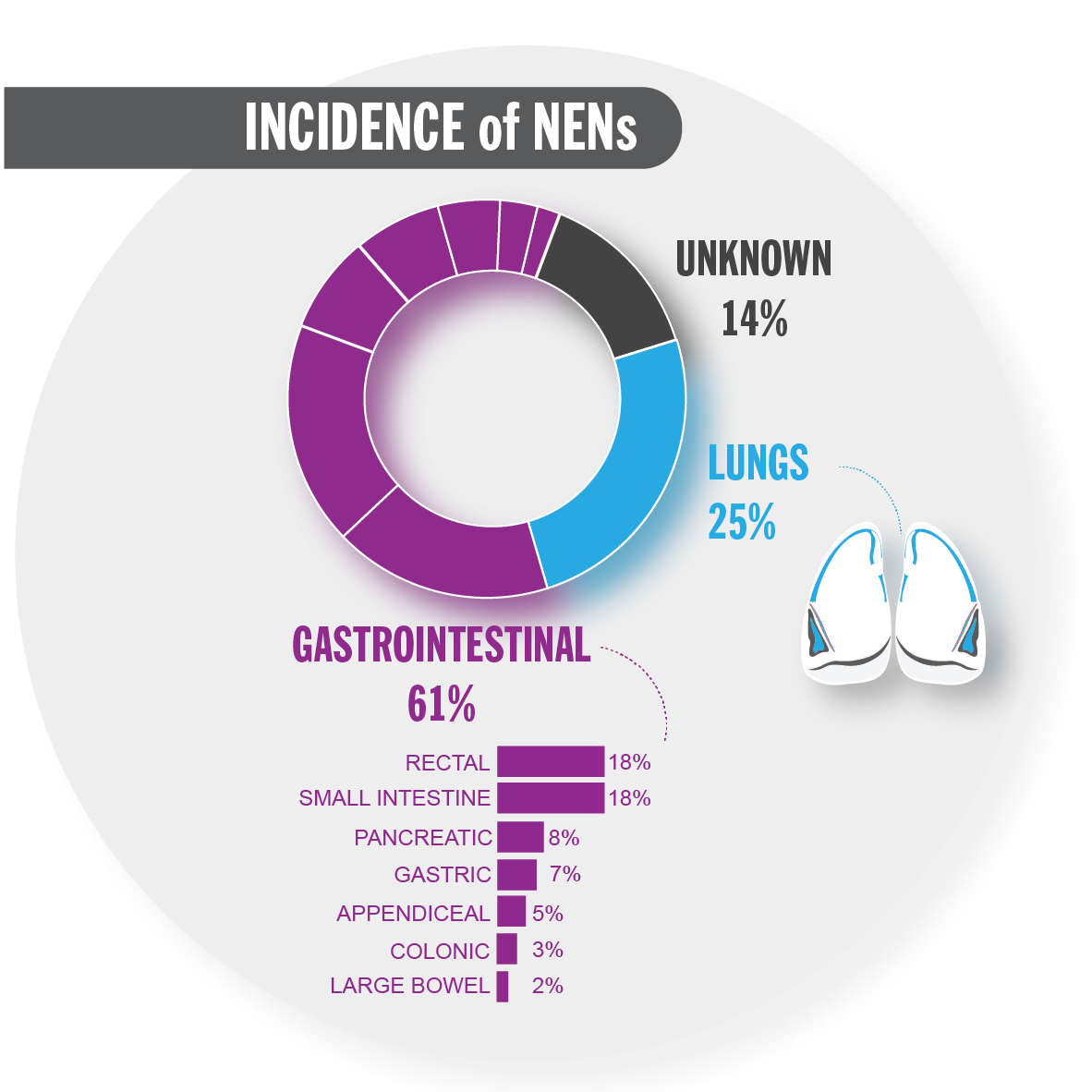 How are NENs diagnosed?

A correct diagnosis is imperative for the patient to obtain the most efﬁcient treatment. However, diagnosing NENs is challenging because symptoms are often nonspecific, such as chronic fatigue or pain unrelated to a specific injury. Often, NENs are found incidentally while testing for other conditions. 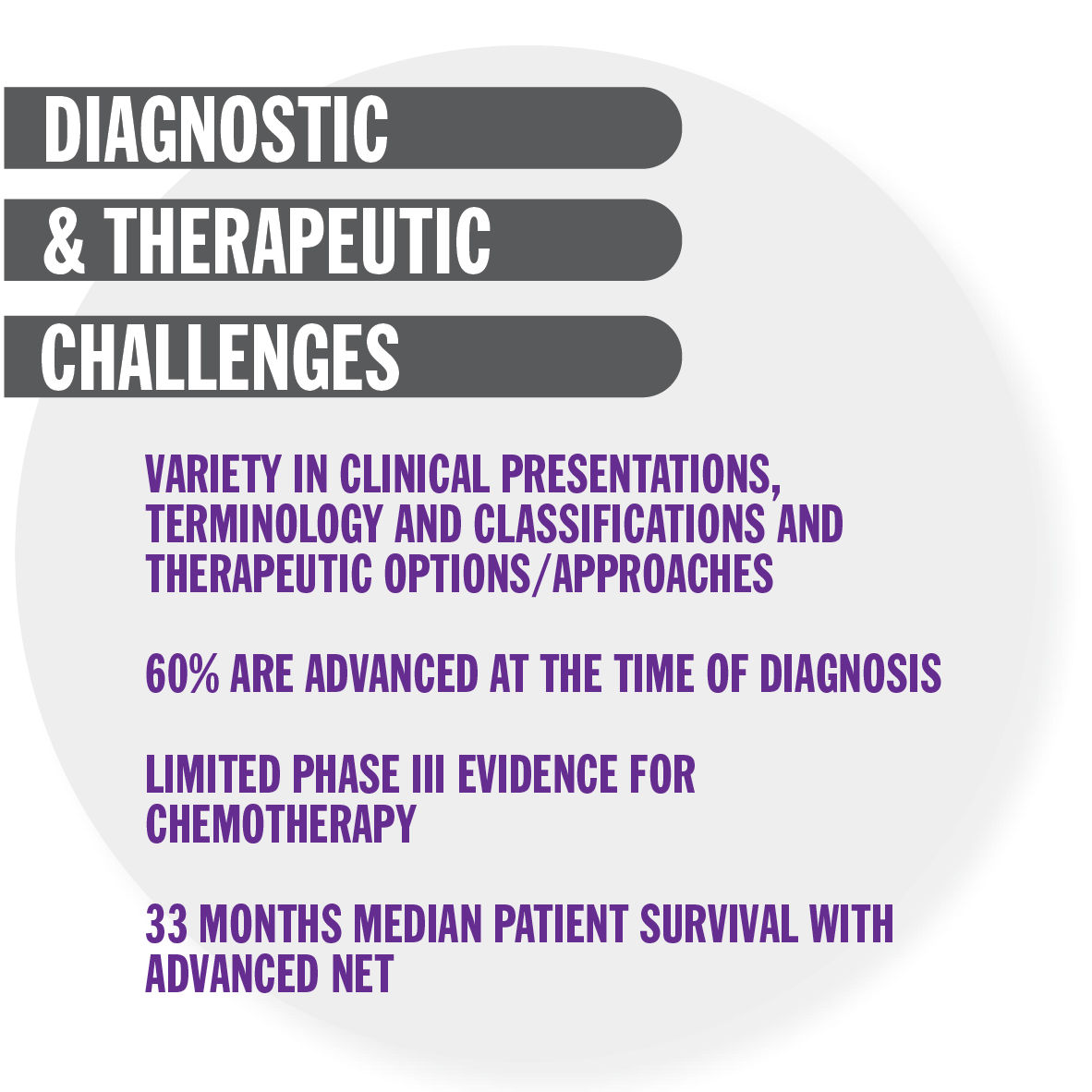 The ultimate NEN diagnosis can only be established with tissue biopsy and further tumor grading based on combining the proliferative index with cell mitotic rate.

Standard laboratory diagnosis assessment relies mainly on markers such as Chromogranin A (CHGA), neuron-specific enolase (NSE), synaptophysin (SYP), and neural cell adhesion molecule 1 (NCAM1 or CD56). However, while virtually all carcinoids are positive for SYP and CHGA, their expression is highly variable in NENs.

Therefore, the immunohistochemical assessment of the complex biomarkers expression patterns in targeted biopsies is fundamental and instrumental in all phases of the diagnostic process, such as differentiation (neuroendocrine or epithelial origin) and proliferation (grading and staging).

The advent of second-generation NEN markers for IHC has considerably expanded the pathology toolbox, constituting markers that often retain expression even in poorly differentiated NECs.

As non-NENs rarely express these antigens, their specificity makes them welcome additions to clinical practice. 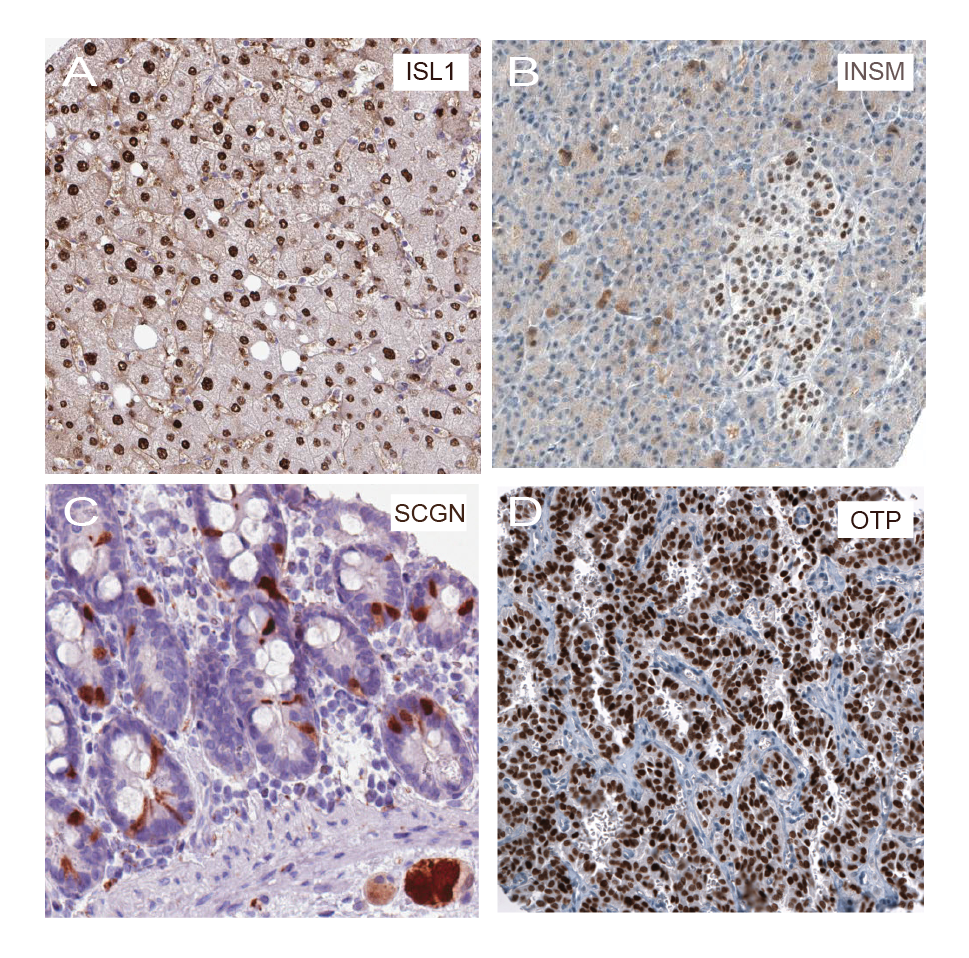 From a biological context, second-generation immunohistochemical NEN markers (functionally distinct from CHGA and SYP) are more consistent in terms of expression, even if the NEN downregulates its secretory machinery as part of the dedifferentiation process.

The combination of classical and new IHC markers should thus be part of the clinical routine arsenal to improve the diagnostic capability, as well as aid in therapy stratification and clinical follow-up (Fig. 2). 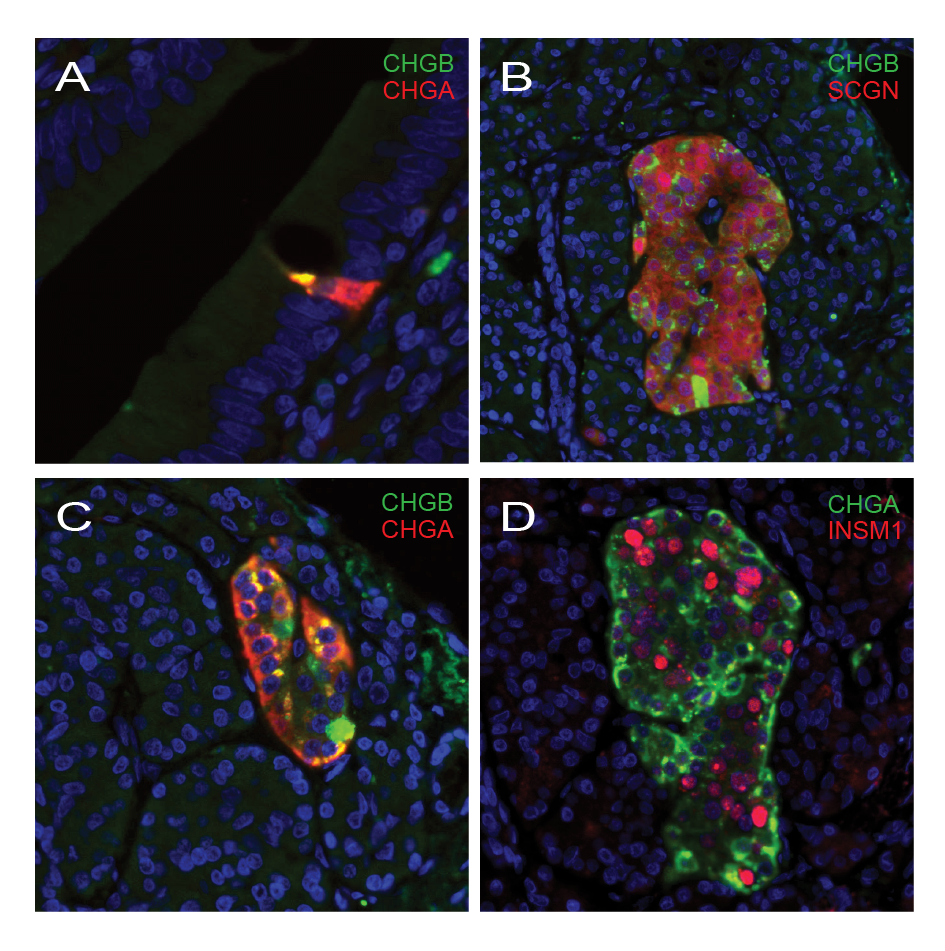 In conclusion, first-generation markers such as CHGA and SYP are still considered the gold standard in endocrine pathology. However, the combined IHC analysis utilizing second-generation markers may constitute additional sensitive and specific clinical use panels. This appears to be a promising approach for identifying tumors with NEN differentiation and a potential tool for NEN diagnosis.

Take a look at our complete list of white papers highlighting selected markers for your research studies.