Interview with a scientist: immune resistance in lung cancer

In our new ”Interview with a Scientist” blog post, we asked Antonio Marzio, Ph.D., about his research on the mechanisms that drive immune-resistant responses in patients with non-small-cell lung carcinoma (NSCLC). Read on to learn more!

Although NSCLCs are less aggressive and progress more slowly than SCLCs, they are often identified later, and by the time of diagnosis, they will have already spread beyond the lungs.

So, which mechanisms drive immune-resistant responses in patients with NSCLCs?

We asked Dr. Marzio from the New York University Grossman School of Medicine to explain how KEAP1 and EMSY-mediated mechanisms promote immune evasion and drive immune-resistant responses in patients with NSCLCs. 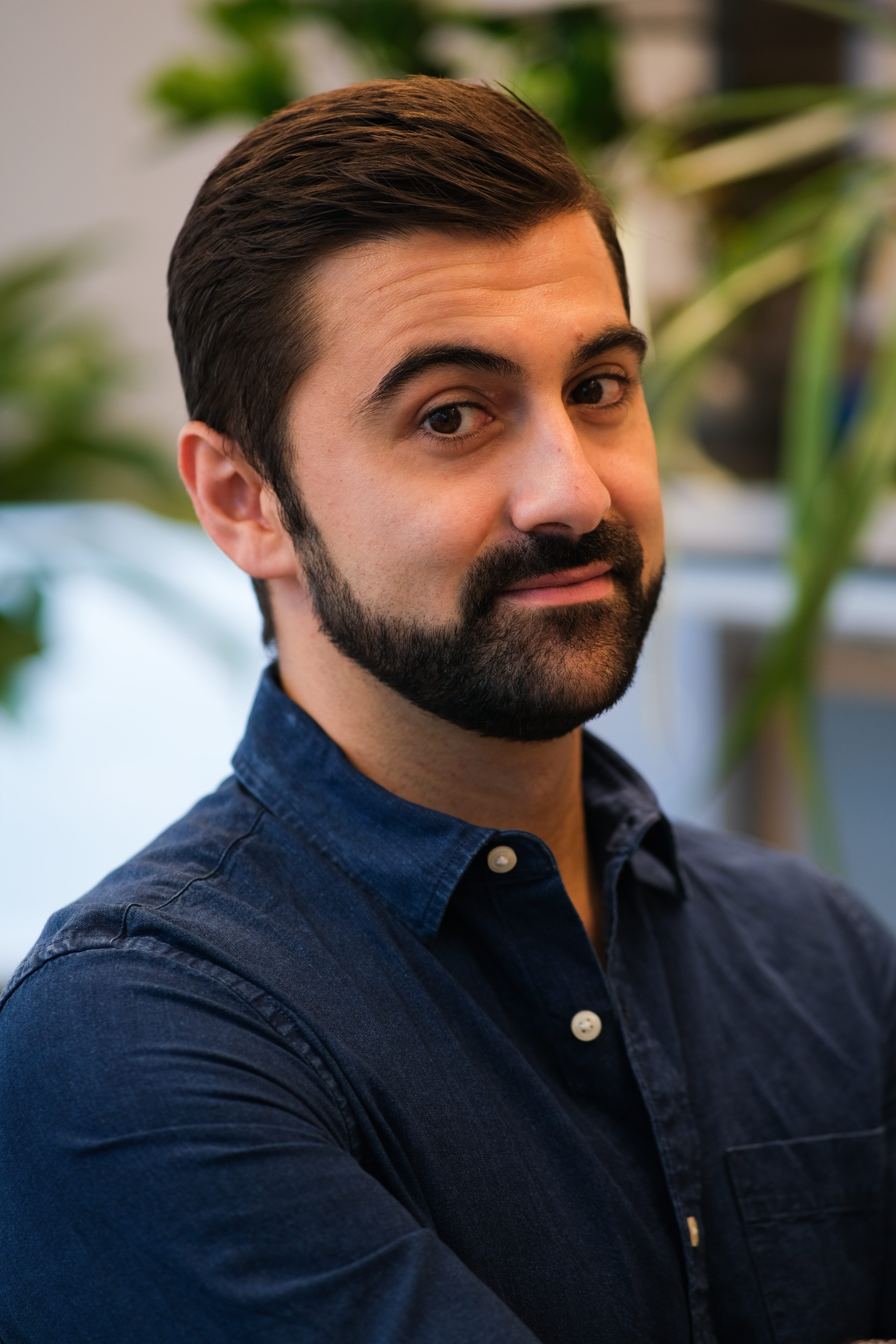 Q1: Tell us a bit more about your overall research goals. What is the fascinating aspect of it?

The proteome of a cell determines its phenotypes and is predominantly regulated by the ubiquitin-proteasome system (UPS). We study a large family of E3 ubiquitin ligases (E3s) known as cullin-RING ligases (CRLs), which ubiquitylate numerous substrates via variable/exchangeable substrate receptors.

Over the last 25 years, we have established paradigms for understanding how CRLs recognize specific substrates at the molecular level and elucidated how signaling cascades couple this recognition to the regulation of cellular physiology. Importantly, we investigate how dysregulation of these newly described molecular mechanisms contributes to malignant transformation.

Reading tip: Interview with a scientist: drug repurposing in oncology

Q2: What question were you setting out to address when you started this work?

Among the major genetic lung cancer drivers, the E3 KEAP1 (kelch-like ECH associated protein 1) is mutated in ~20% of non-small cell lung cancer (NSCLC) patients and is the third most frequently mutated gene in lung adenocarcinomas.

KEAP1-mutant NSCLCs are characterized by a high tumor mutational burden (TMB), which is a measurement of the number of mutations carried by tumor cells. A high TMB typically correlates with the induction of an anti-tumor immune response. However, patient data reveals that KEAP1-mutated NSCLCs display immune-evasive features such as reduced immune infiltration and resistance to current immunotherapy.

” Our research shows that deregulation of the ubiquitin-proteasome system promotes suppression of innate immunity, which fosters lung cancer immune evasion”.

Q3: Why is this important?

To date, despite the growing interest in the role of the UPS in regulating immune responses, there has been rather limited progress in understanding how deregulation of E3 ubiquitin ligases (E3s) participate in anti-tumor immunity.

Our research has provided evidence that deregulation of the UPS promotes suppression of innate immunity, which in turn fosters lung cancer immune evasion.

The ultimate goal of these efforts has been to understand the underlying molecular drivers of tumorigenesis in order to leverage these genetic and biochemical alterations for therapeutic applications.

Reading tip: Interview with a scientist: traffic jams at the nuclear pores 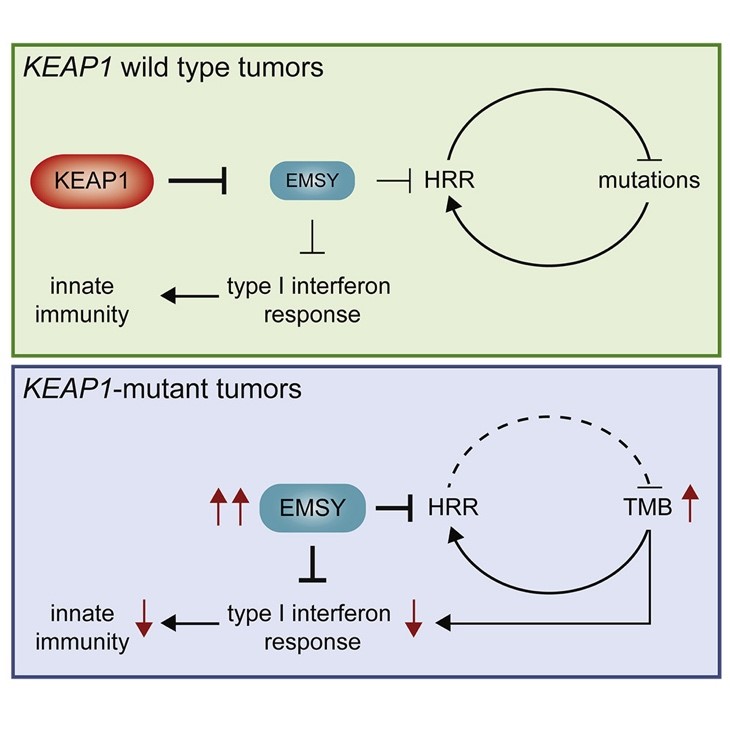 Q4: What were the key findings that came out of the work?

Since the concept of synthetic lethality of PARP inhibitors (PARPis) in BRCA1/2 mutated tumors was first described, several other ‘BRCAness’ genes have been identified that mimic this phenotype. The definition of ‘BRCAness’ is a gene that, when mutated, lost, or overexpressed, induces a defect in homologous recombination repair (HRR) and subsequent sensitivity to PARP inhibition.

We have recently identified the tumor suppressor KEAP1 as a novel BRCAness gene. Specifically, we identified and characterized a molecular mechanism by which mutations in KEAP1 induce stabilization of the transcriptional repressor and BRCA2 inhibitor EMSY, which subsequently promotes genomic instability and immune evasion.

Notably, our findings provide a mechanistic basis of how EMSY negatively regulates the type I interferon response, leading to the suppression of innate immunity, thereby promoting immune evasion in KEAP1-null tumors. Moreover, our data suggest that targeting the PARP and STING pathways, individually or in combination, represents a novel therapeutic strategy in NSCLC patients harboring alterations in KEAP1.

Reading tip: Interview with a scientist: proteomics, biomarkers and ALS.

Q5: What are the future directions for the work?

By controlling protein abundance and activity, the UPS serves as a key regulator of a plethora of cellular mechanisms, including immunological homeostasis.

To date, despite our extensive knowledge regarding the role of the UPS in regulating key cellular events (e.g., cell cycle, cell proliferation, etc.), there has been limited progress in understanding how deregulation of E3s participate in anti-tumor immunity.

Therefore, our future goals are to characterize novel components of the UPS machinery in immunosurveillance.

Thank you for sharing your science with us!