10 ways to look at the human proteome

Antibody-based immunoassays are widely used in exploratory preclinical and pharmaceutical research as tools for discovering new druggable protein targets. Read about the 10 ways to explore and map the human proteome and how it helps researchers and clinicians on their discovery journeys.

A key and ultimate aspect of biomedical research lies in translating the discoveries into clinical use, meaning the development of new diagnostic tools to prevent or treat human diseases.

To this end, the selection and validation of novel molecular targets have become of paramount importance. Since the vast majority of the targets of approved drugs are proteins, one way of identifying new potential drug targets is to analyze the human proteome at multiple levels: protein type, distribution, classification, and structural data in both healthy and cancerous tissue.

The Swedish Human Protein Atlas project has mapped all the human proteins in tissue, organs, and organelle using Triple A Polyclonal antibodies from Atlas Antibodies. Read about the 10 ways to explore the human proteome and how this helps researchers and clinicians on their discovery journeys.

Identifying new targets is a crucial part of any drug development program.

The protein targeted by a drug should potentially be linked to a disease process with less significant involvement in other important processes to limit potential side-effects, have an expression pattern allowing for drug efficacy by showing tissue-specific expression and have structural and functional properties allowing for drug specificity. 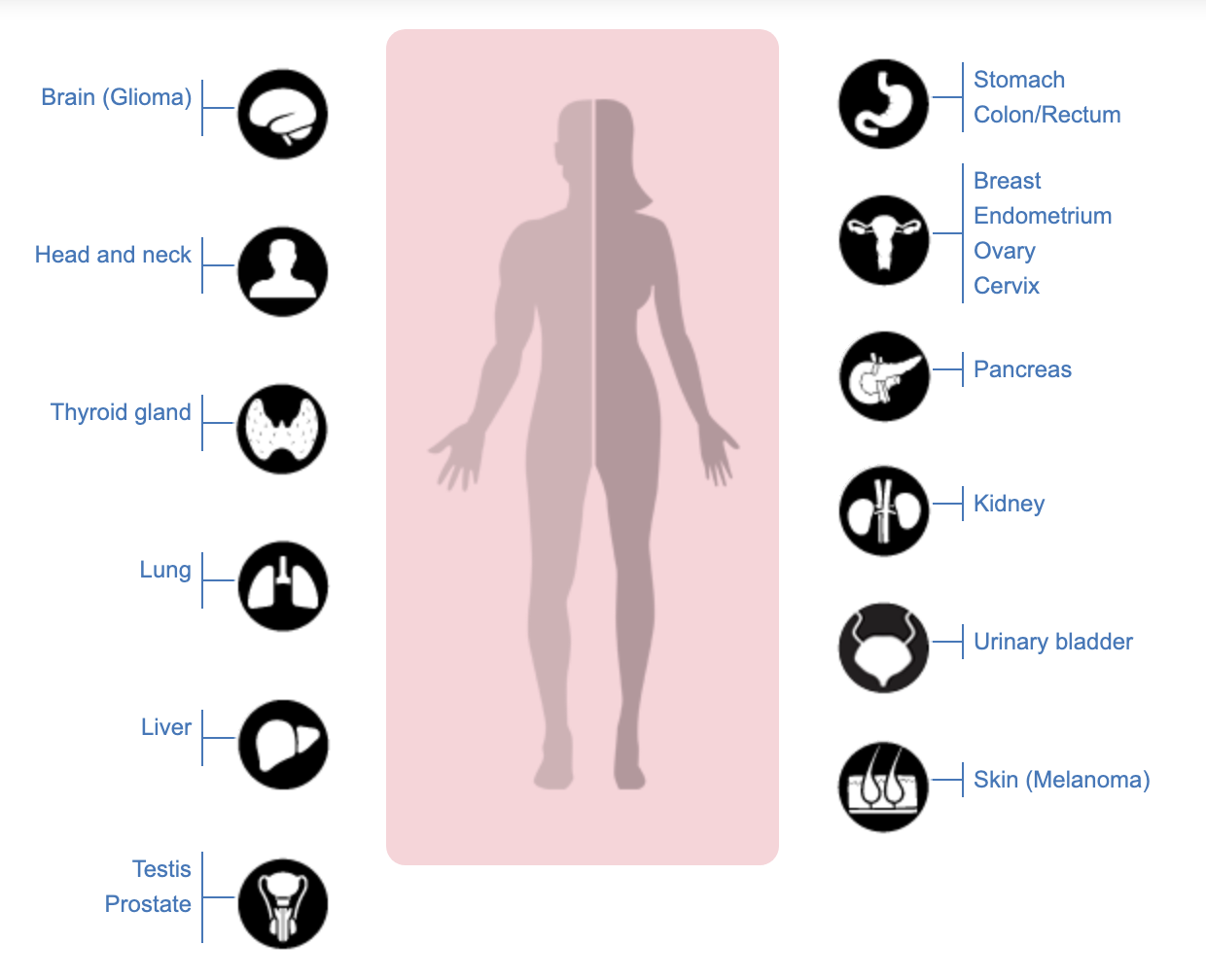 A protein snapshot is what we need

To help map out the morphological landscape of the human proteome, clinicians and researchers focused on immuno-histopathology, the study of tissues and cells.

Immunohistochemistry (IHC) and fluorescence immunocytochemistry (ICC-IF) bridge three disciplines: immunology, histology, and chemistry. The fundamental concept is the demonstration of antigens within a cell or tissue sections by means of specific antibodies.

Once focused mainly on the classification of neoplasms (in combination with morphology), IHC and ICC-IF have also been used to investigate the entire human proteome in real-time, leading to a better understanding of diseases pathogenesis with applications in diagnosis, prognosis, and therapeutic decisions. 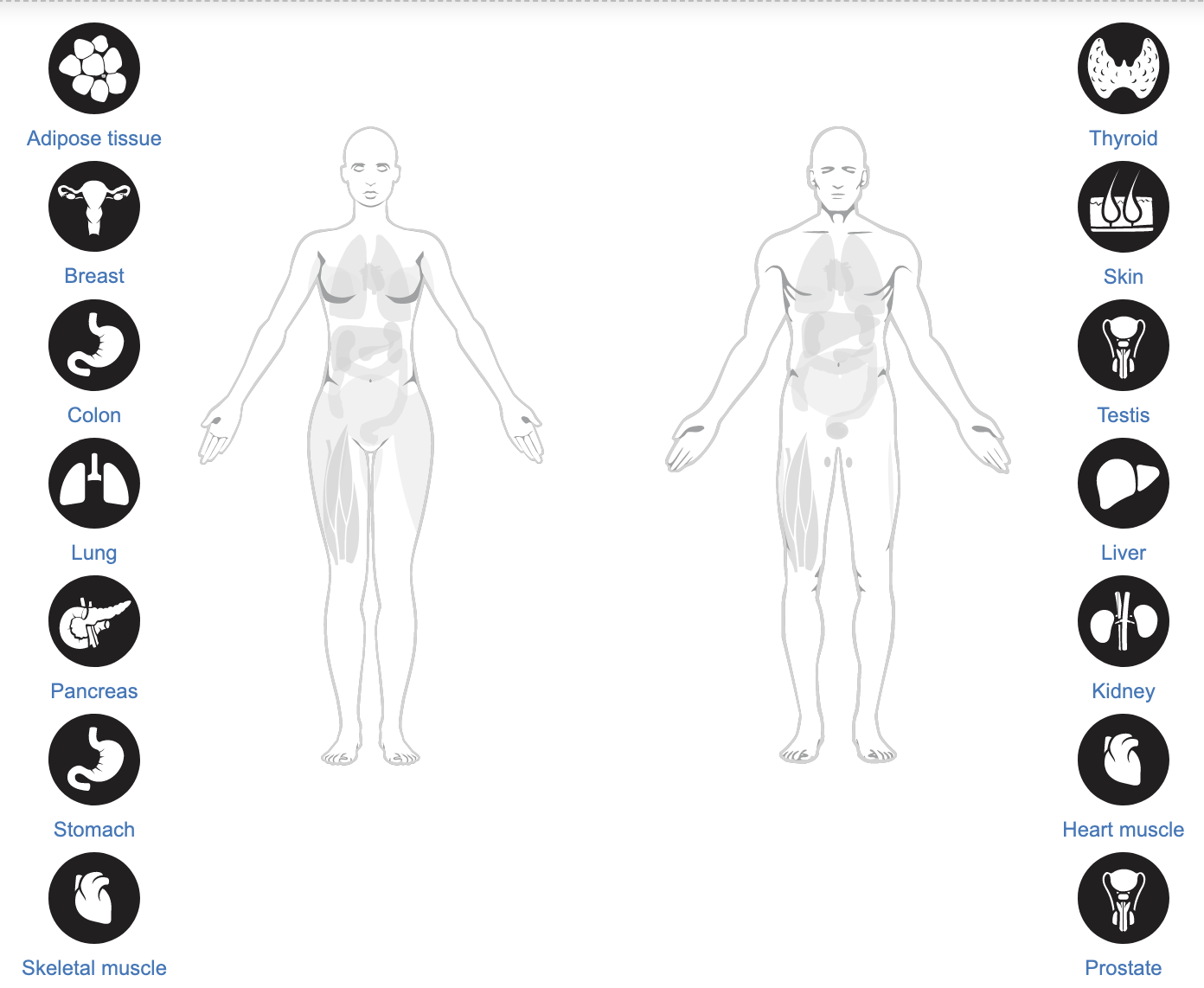 Figure 2. The tissue cell-type proteomes on the Human Protein Atlas website. Interactive chapters: by selecting a tissue, you will access the tissue information, the cell types analyzed and which genes had predicted specificity in each tissue, and examples of protein IHC staining.

The Human Protein Atlas (HPA) is a Swedish-based program born in 2003 aiming at mapping all the human proteins in cells, tissues, and organs using an integration of various omics technologies, including antibody-based imaging, mass spectrometry-based proteomics, transcriptomics, and systems biology.

All the data is open access to allow scientists in academia and industry to freely explore the human proteome.

While the knowledge of the number of proteins is valuable, it is also helpful to consider the families to which these proteins belong ideally under physiological conditions.

To this end, the HPA uses antibody-based strategies to analyze the spatio-temporal aspects of the human proteome. The antibody-based approach provides spatial information at high resolution (not available with other analytical tools such as mass spectrometry). Similarly, other advanced techniques such as X-ray crystallography and nuclear magnetic resonance (NMR) spectroscopy, used to determine the three-dimensional structures of proteins, require pulling the proteins out of their natural cellular environment.

The antibody-based approach of the human proteome has a clear advantage, namely the identification of human proteins at a single-cell resolution in their original environment with ‘real-time’ localization in tissue, cells, and subcellular levels.

With over 3.6 M visits annually, the HPA is one of the world’s most visited biological open-access databases. The updated version, HPA v.21, released in November 2021, contains new information, including revised summary pages for all human protein-coding genes, a revised dictionary for educational purposes, and a new methods summary with details on how the data in each section has been generated, analyzed, and visualized.

The Human Protein Atlas is a valuable resource that helps you discover properties of proteins that ultimately may be important in determining their suitability for pharmaceutical modulation.

Learn more about the HPA project. 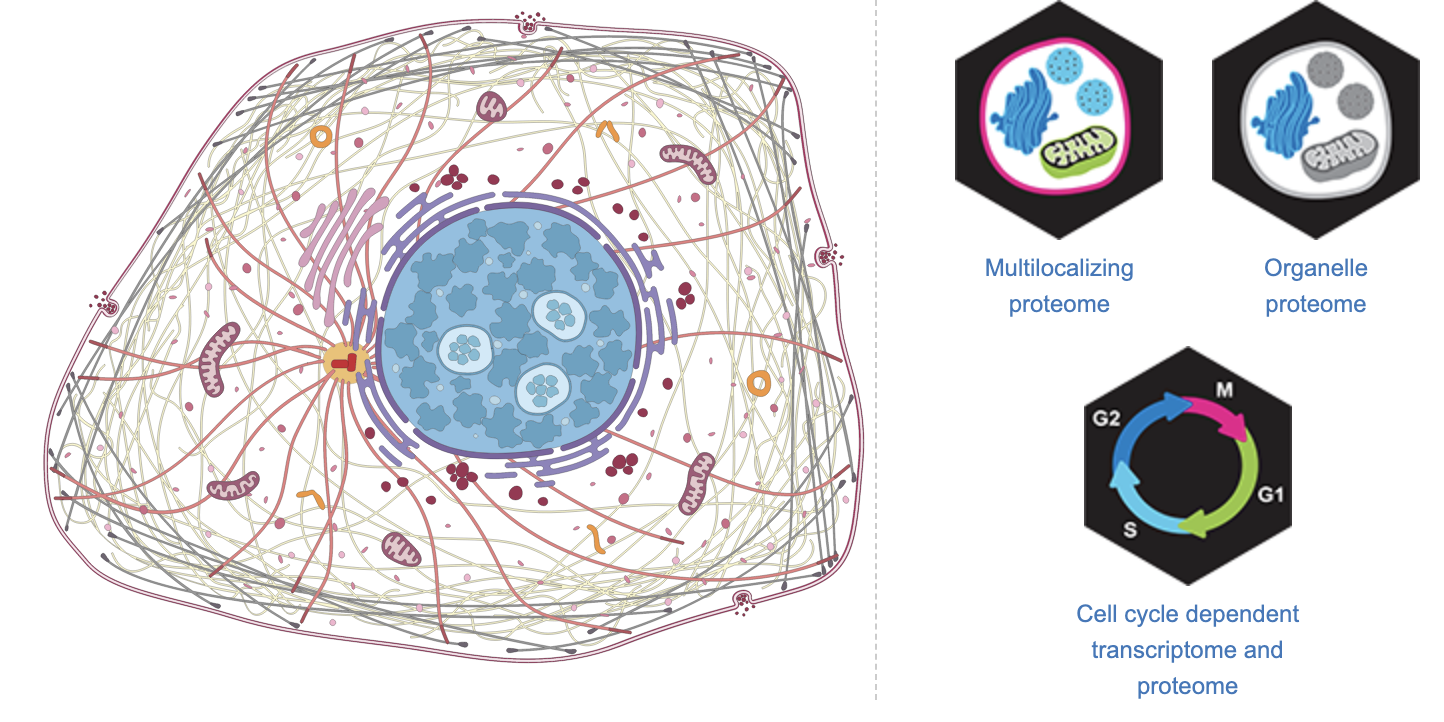 Figure 3. The subcellular and organelle proteomes on the Human Protein Atlas website. A collection of interactive pages providing different perspectives of the distribution of proteins in human cells. Overviews, compilations, and analyses of the data generated within the subcellular section: the multilocalizing, organelle, and cell cycle-dependent proteome.

10 ways to look at the human proteome

The Human Protein Atlas consists of ten separate but interconnected sections, each focusing on a particular aspect of the genome-wide analysis of the human proteome:

The aim of this section is to educate readers about the histology of normal and cancer tissues, which provides important and basic information for our understanding of biology and medicine. The dictionary covering cell structure is built around antibody-based stainings of proteins in cell lines using immunofluorescence and confocal microscopy.

Learn more about the human proteome

How do Atlas Antibodies support the Human Protein Atlas?

All Triple A Polyclonals are carefully designed and manufactured to achieve the very highest level of specificity, reproducibility, and versatility. They are validated in IHC, WB, ICC-IF on all major tissues and organs in the human body as well as the 20 most common cancer types. For each antibody, over 500 staining images of all major human tissue, organs, and cancer types are freely available on the HPA website.