Highly Characterized Antibodies - in many Prestigous Publications Each Triple A Polyclonal is analyzed in 48 normal human tissues (Figure 1) as well as in the 20 most common cancers using immunohistochemistry (IHC) and all ex- pression profiles are conveniently searchable online on the Human Protein Atlas (HPA) portal (proteinatlas.org).

Each year protein expression and localization data of approximately 2,000 new proteins are added to the portal. In April 2013, Triple A Polyclonals have been used to analyze protein expression of more than 13,000 human genes, corresponding to 65% of the proteome. By the end of 2015, a first draft of the localization of the full human proteome of 20,000 protein coding genes will be available. In addition to IHC, all antibodies have been tested for perform- ance in Immunofluorescence (IF) and Western Blot (WB) applications. In total, more than 700 IHC, as well as IF and WB images per antibody, are presented on the portal. 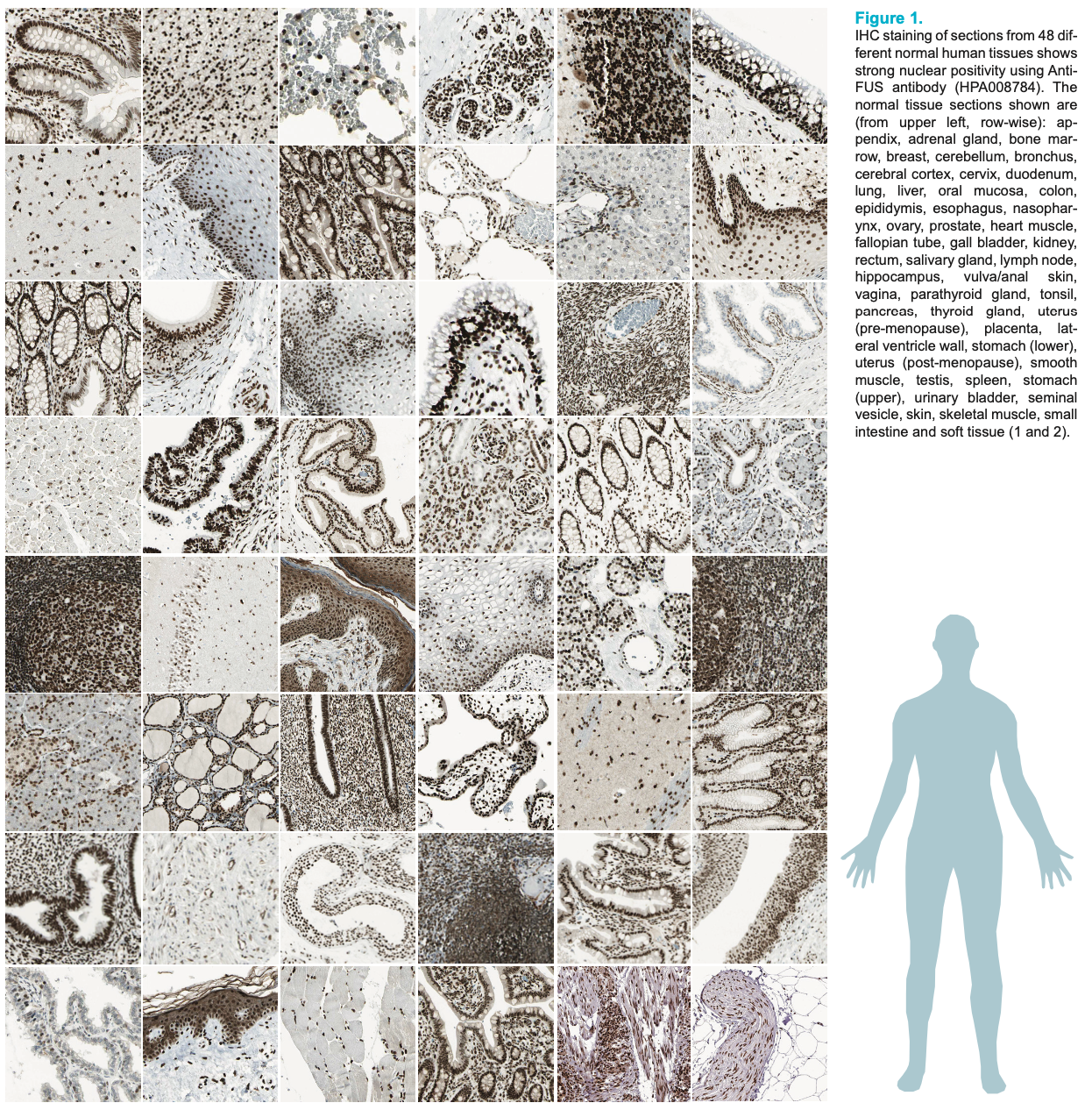 As shown by numerous references, Triple A Polyclonals are used for exploring the whole human body (Figure 2). 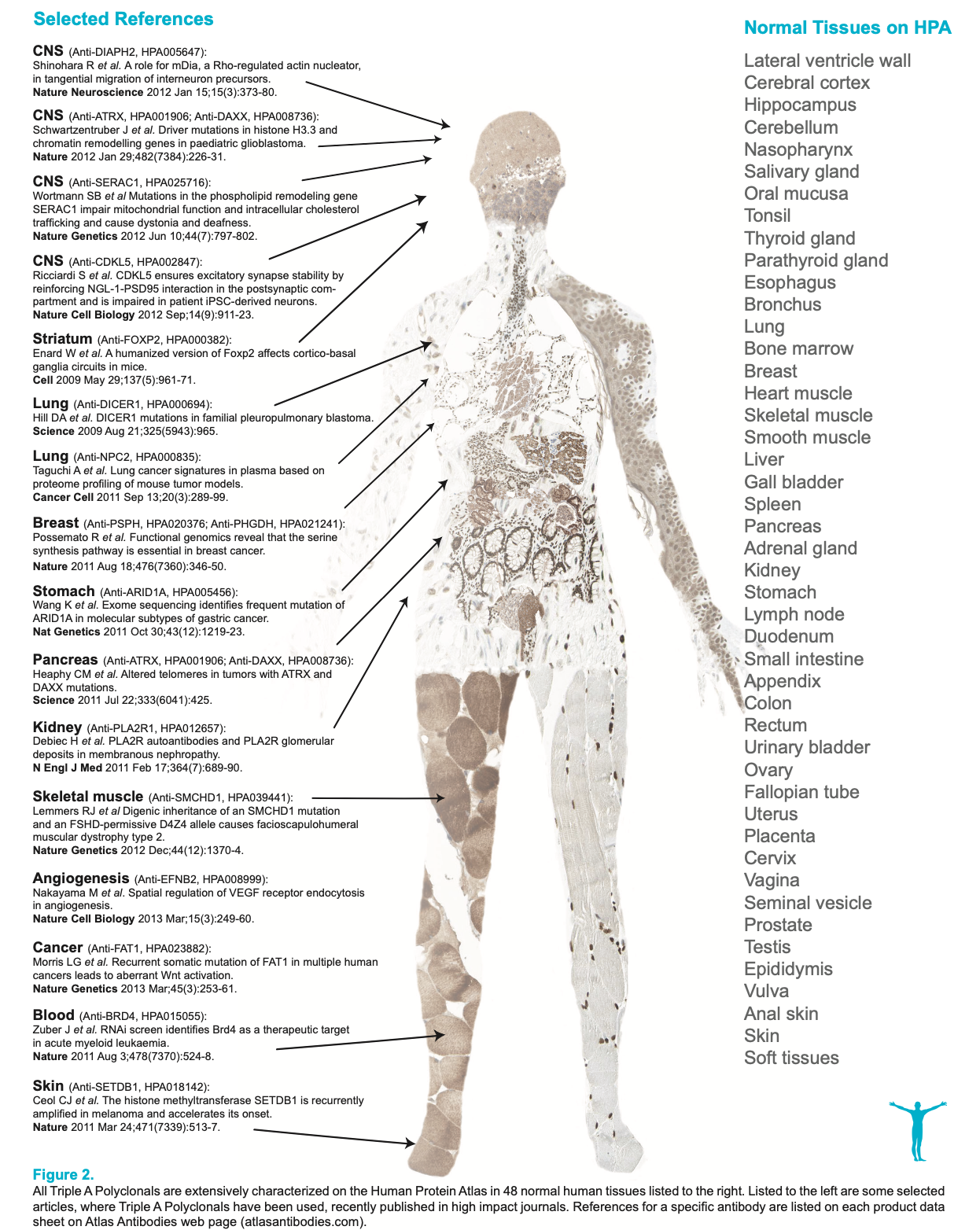