Each QPrEST standard consists of 50-150 amino acids identical to a part of the corresponding human protein. The sequences are carefully selected to have low similarity to other human proteins and cover regions with multiple proteotypic peptides. 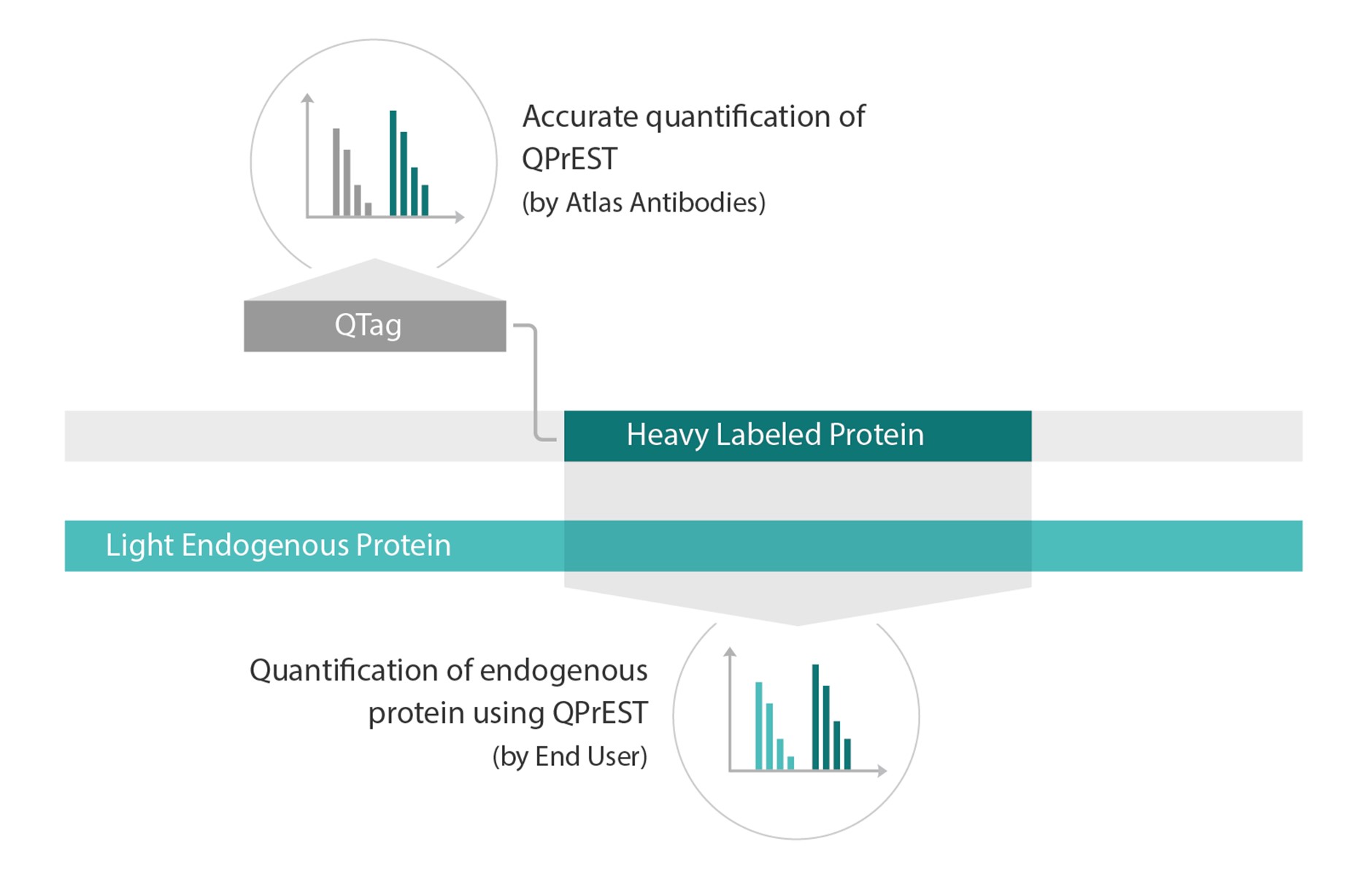 What are the benefits of QPrEST standards?

One benefit of using QPrESTs for quantification of proteins is that they are added early in workflow, prior to proteolytic digestion, resulting in a decreased variation compared with using synthetic peptide standards which are often added after the digestion step.

How do I use QPrEST standards?

Using QPrEST standards is easy. They come pre-quantified and ready to use and the simple workflow makes protein quantification straightforward. 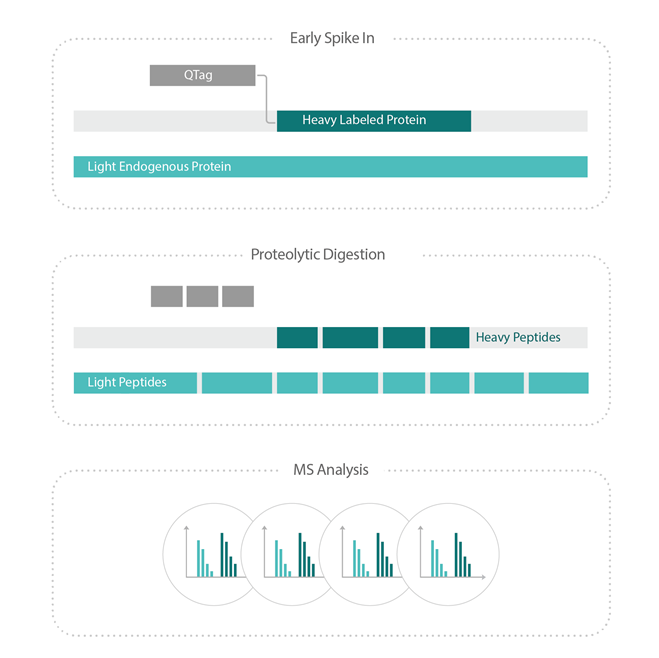 Figure 2. Schematic view of the workflow for protein quantification using QPrEST standards. The labeled QPrEST is spiked into the protein sample prior to trypsin digestion. The labeled and unlabeled peptides are then compared to determine the protein concentration.

How are QPrEST standards produced?

QPrEST standards show a near-complete (>99%) isotopic incorporation. This is achieved through the expression of the proteins in an auxotrophic Escherichia coli BL21(DE3) derivative with the addition of heavy isotope-labeled arginine and lysine (13C, 15N).

After cultivation, the proteins are affinity-purified, using an N-terminal hexahistidine tag, and then lyophilized for long-term storage.

To avoid any variation introduced during the lyophilization step, the following quality control steps are performed after lyophilization:

The concept for QPrEST originated with Protein Epitope Signature Tags used in the Human Protein Atlas Project. Since then, many researchers have successfully utilized QPrESTs for protein quantification and published their findings.