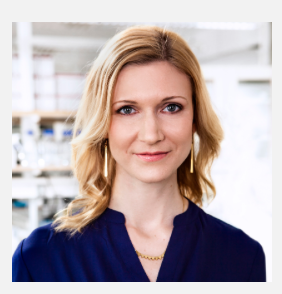 In this blog, we tell you about that time when researchers interested in a new therapeutic target for patients with type 2 diabetes, knocked at our door asking for help, and how we used the Tissue Atlas to answer their questions. But let’s start from the beginning.

Every publication has its own unique story. Some are the result of serendipity, the accidental discovery of something good or useful while not specifically searching for it. The majority of publications are, instead, the result of a well-defined question or a clinical need such as the identification of targets suitable for drug intervention.

Target identification and validation are the first key stages in the drug discovery pipeline. But what is a drug target?  A drug target is a key molecule involved in a particular metabolic or signals transduction pathway that is specific to a disease condition or a specific disease; it needs to be relevant to the disease phenotype.

The research, validation, and information supporting the role of drug targets in disease modulation come from a variety of sources, but most often they have been researched and largely discovered in academic laboratories.

1. The problem: where are the proteins?

Beta cells in the pancreas produce the hormone insulin, which regulates the blood glucose level in our bodies. In diabetes, the beta cells have lost part or all of their function. Although diabetes type 2 can be kept under control by making small modifications in the lifestyle, it still has no cure. Recent studies have highlighted the involvement of aquaporins (AQPs) in metabolic disorders, such as diabetes, obesity, and liver disease 1.

AQPs comprise a family of 13 members of water channels that facilitate rapid transport of water across cell membranes. Several AQPs have been identified in the pancreas playing an essential role in the onset of insulin resistance and type 2 diabetes. In particular, AQP9 has been identified as a potential drug target in type 2 diabetes 2.

Researchers developing a new therapeutic target for patients with type 2 diabetes were looking for information about AQP9 expression in human tissues. They soon realized the information and the data available in the scientific literature was incomplete, confusing, and puzzling.

They came to us with many doubts and questions, such as:

In general, the identified locations of AQP9 expression in rodents and humans were not entirely consistent between studies. While these discrepancies may in part be explained by species differences, it is not without precedence that immunolocalization studies describe inconsistent observations as the result of false-positive identifications based on an incorrect interpretation of antibody reactivity.

Another problem was that the antibodies against AQP9 used in various studies were not proven to be specific or validated in the particular experimental conditions. The lack of specific antibodies resulted in a diffuse AQP9 expression across different tissue with no clear tissue or cell type localization.

In simple words, the question was: where is the AQP9 protein expressed?

2. The solution: the tissue atlas, a strategic resource

The nature of the question matches very well with the research areas of our division at the Rudbeck Laboratory in Uppsala, Sweden. In order to address the question, we based our research at the Tissue Atlas facility. The Tissue Atlas is one of the sections of the Human Protein Atlas research project 3.

The Tissue Atlas was launched in November 2014 as an open-source tissue-based interactive map of the human proteome based on quantitative transcriptomics on a tissue and organ level and contains information regarding the expression profiles of human genes both on the mRNA and protein level 4. 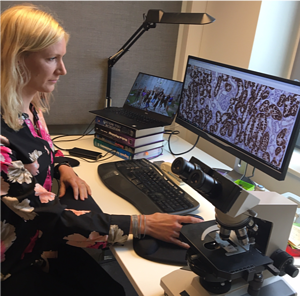 Photo: Cecilia Lindskog, Ph.D. is Site Director of the Tissue Atlas at the Rudbeck Laboratory in Uppsala, Sweden.

The advantage of using the Tissue Atlas is that it provides a thorough overview of protein expression across most tissues and organs of the human body, with spatial information on the cell type-specific level.

Our goal was to explore AQP9 protein expression in human tissues and cell lines. Thanks to access to a well-characterized antibody, the Tissue Atlas workflow, and an extensive literature review, our research was thorough, meticulous, and systematic. Combining standardized IHC with high-throughput mRNA sequencing, we performed a systematic characterization of AQP9 expression in human normal and pathological tissues including different cancer types as well as in cell lines and primary cells.

Read our blog post Which Tissues Are My Proteins Expressed In? A Guide To The Human Protein Atlas

3. The results: a publication in a peer-reviewed journal and hope for the future

Out of the 44 investigated normal human tissues, we were able to confidently confirm tissue-specific AQP9 expression only in the human liver where we found high membranous AQP9 levels in hepatocytes 5.

In addition to the systematic evaluation of AQP9 expression in normal human tissues, we performed immunohistochemistry using an anti-AQP9 antibody to investigate AQP9 expression in 20 types of cancer tissues. As a result, we consistently detect high membranous AQP9 protein expression in hepatocellular carcinoma5. 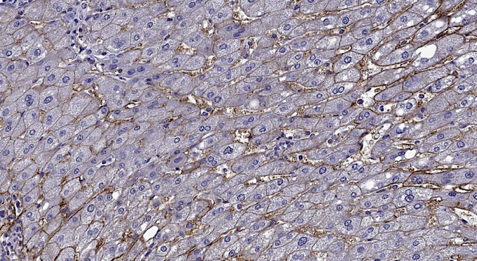 Research for patient benefit: a feeling of accomplishment and a thirst for more

Although there is an acknowledged need to improve collaboration between academia and clinical practice, the study of human biology in health and disease for developing effective treatments and cures for millions of patients is the ultimate goal of every biomedical scientist.

There is a desperate need for new treatment strategies for type II diabetes since existing treatments can cause many adverse reactions and their effects normally wear off.

As mentioned earlier, since AQP9 has previously been considered as a potential drug target in type 2 diabetes, our results - the observed tissue liver-specific expression - may be beneficial for drug development from a safety perspective.

The long term outcome from this collaboration5 is that a Pharma company aims at developing a novel, safe diabetes therapy for oral administration, which through a unique mechanism of action (i.e. reduced liver glucose production via specific inhibition of glycerol uptake through AQP9 into the hepatocytes) normalizes blood glucose levels reducing diabetes-related complications and ultimately improving the quality of life for people with diabetes. This feels even greater.

Dr. Lindskog is a researcher and group leader at Uppsala University, Uppsala, Sweden, and director of the Tissue Atlas at Human Protein Atlas. Her research is focused on protein science, understanding the biology and functions of different organs, and the underlying mechanisms leading to cancer and other diseases. Dr Lindskog holds a PhD in pathology from the Faculty of Medicine, Uppsala University, and joined the Human Protein Atlas in 2006. Her team create a world unique atlas of spatial proteomics, showing the cell-type specific localization of all human proteins in a large set of normal and cancer tissues.